Your art career is your business 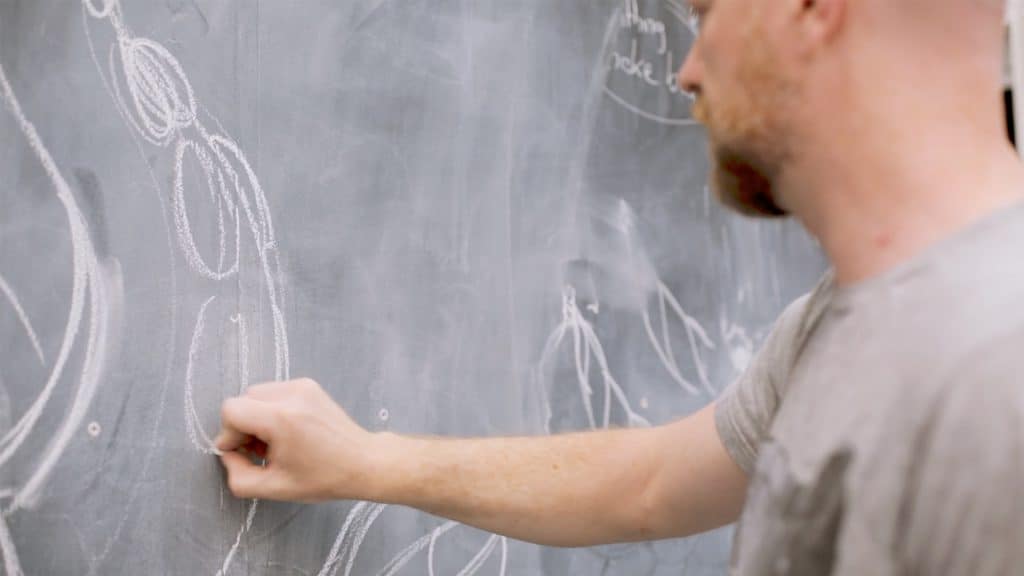 We’ve known Tom for many years, and have seen how he has developed his own career by retaining his freedom on what he does and the work he creates, whilst also adopting early on the new tools available to artists, like social media and pop-ups, to connect directly with his audience. 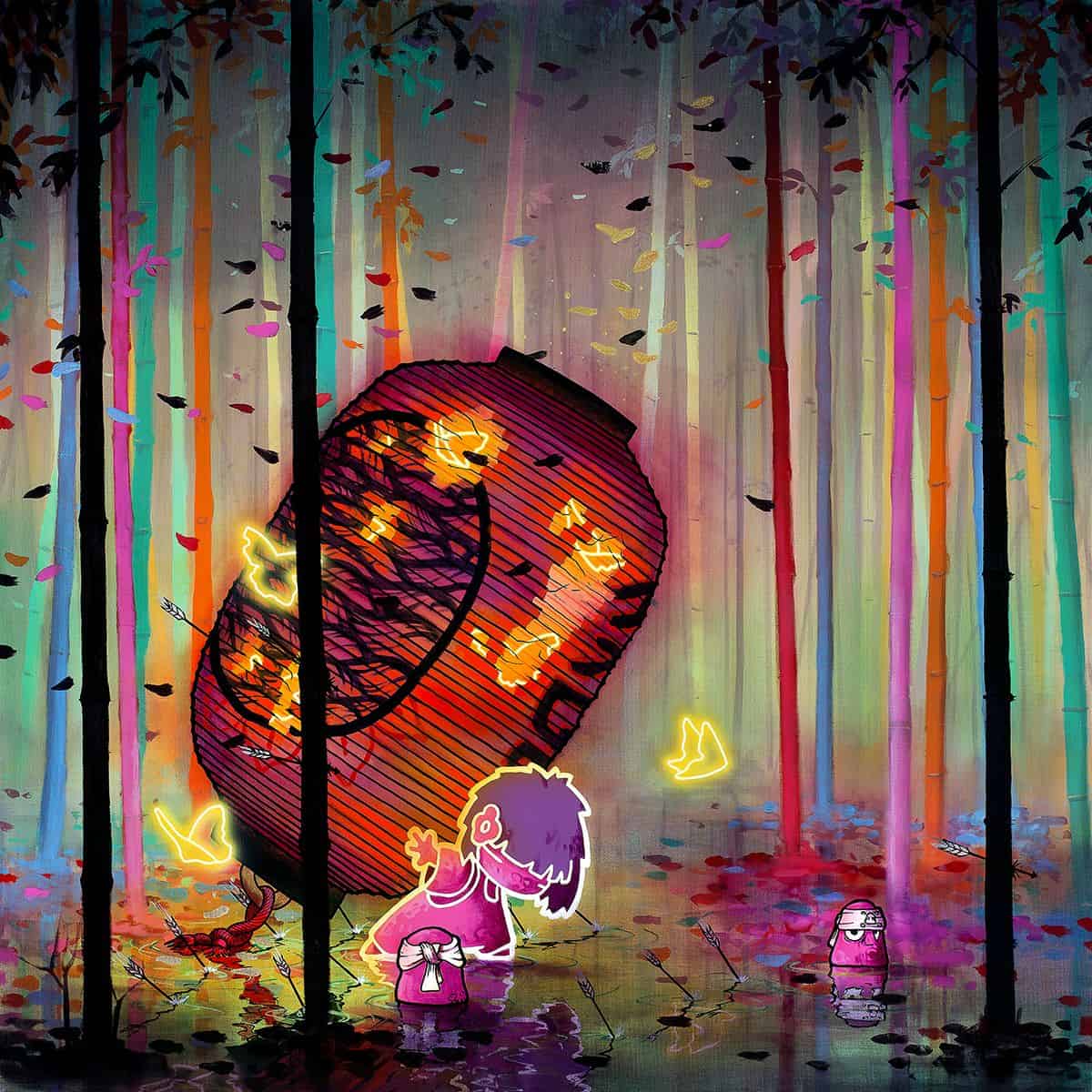 Megan and the Battle of Rainbow Cove

How did managing your own career come about?

Selling through publishers wasn’t working for me as I didn’t really get the sense of why people were buying my work. So I started selling art myself through market stalls, firstly 2-3 years in The Midlands, then at Spitalfields when I moved to London. You have to be able to talk to anyone and you learn what people like and how to sell. Also, you manage your own stock and invoices, so it’s all really good training. Whilst doing this, I did lots of online stuff on Facebook, which was great for having conversations with people.

As I progressed I started working with a few galleries, doing a couple of shows with them, and they started taking some stuff to art fairs, but it got to a point where I felt I was having to produce work simply to sell and make things which were specifically sell-able for the particular art fair. Ultimately it started to feel like I was working for the gallery rather than the other way round. So I started to do my own shows after this, in pop-ups. This ended up with me doing more for myself then the galleries could do for me, and I felt I got back the freedom over what I was making.

Now you are well established, do you want to get a gallery back involved?

I have moved through the selling art prints online stage, which helped me get established, and now I am looking towards galleries. The feeling that, ‘that is what you are meant to do’ is there. It’s nice to know that other people are handling your sales so you can focus on work, but I don’t know if it really helps, because when I previously had galleries selling on my behalf it didn’t really do much for my profile. When I run my own shows, I feel like people who see them get more involved and it’s very different to someone just seeing one of my paintings in a gallery with a price tag. My ideal is that I would be getting people involved so I can concentrate on the aesthetics, concepts and philosophical part of my work, but I can communicate that better when I control my own presence and career. 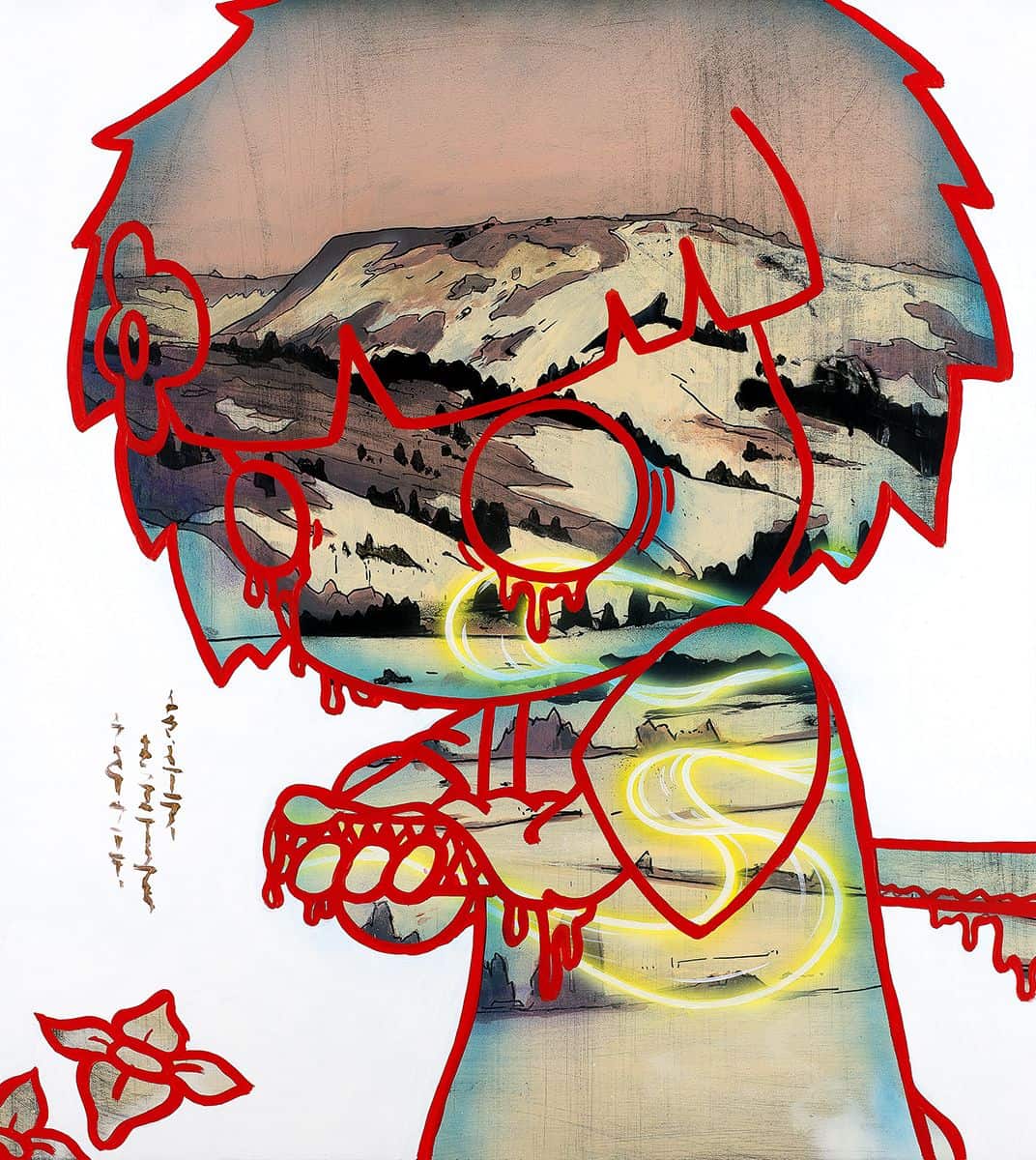 How do you communicate about your work online?

It’s hard to communicate everything about it online, but there are new ways in which people can engage with the story, through Instagram for example. I have been thinking about podcasts, videos and things like that to engage people. After engagement though, the actual buying experience online has to be very simple and straightforward.

“When I run my own shows, I can control the context and it’s very different to someone seeing one of my paintings in a gallery window with a price tag”

What kind of questions do you get from buyers?

Most people ask; ‘Why the Japanese thing?’ ‘How shall I get it framed’, ‘What’s the story/ background to the story?’ Sometimes I end up explaining the story of Megan, one of the characters in my works, but it makes me feel a bit mental! It’s such a weird thing, stories have power, there is a reason stories are powerful. One reason why my art works is there is a suggestion of story, but I am trying to make an essence of story rather than an explicit story. 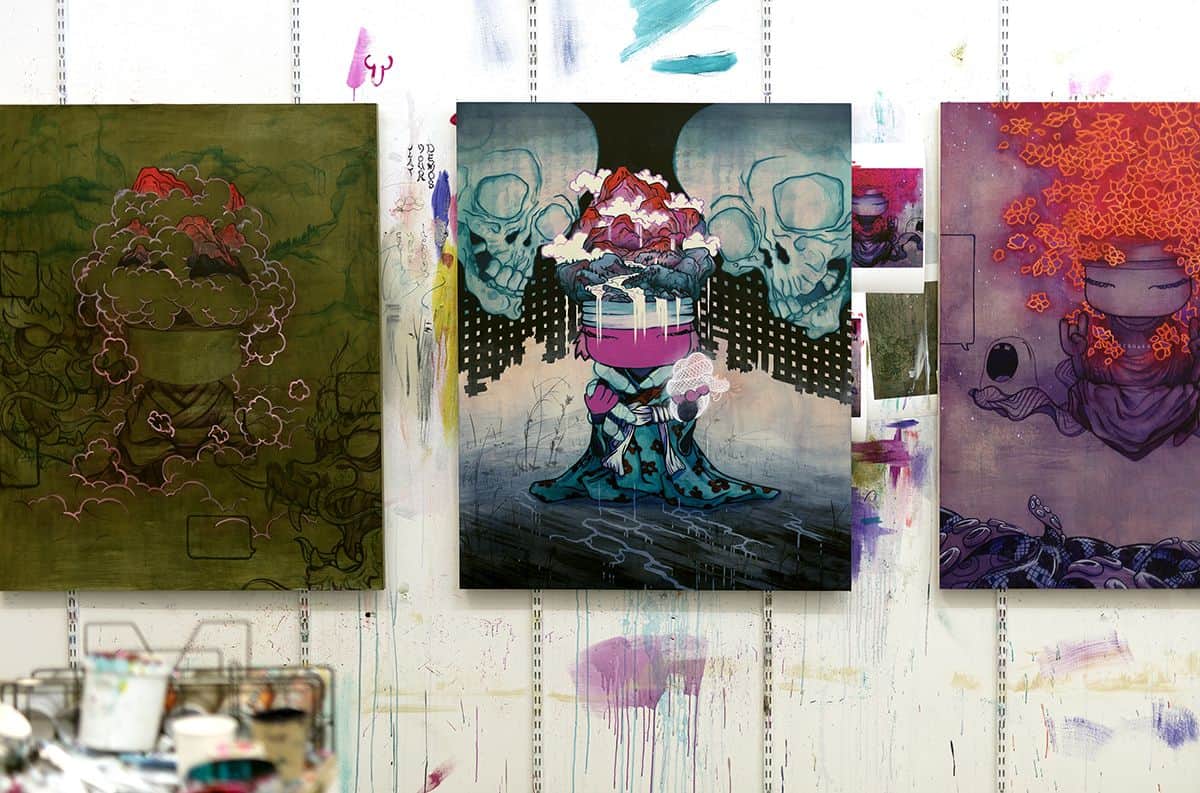 How do you go about pricing your work?

I initially say, ‘let’s try this’, but then if it works, it can feel too cheap. There are supposedly the 10 commandments of art pricing that I have read. For example one of them is that you’re never meant to put your prices down. I have gradually been putting them up and people have still been buying them. When artists get to the top level, prices fluctuate all the time, value is fickle, you just have to dip your toe in and see how it goes.

“If you are trying to make a living, treat it like a business. Imagine you’re selling someone else’s work”

Do your buyers just happen across your work or did they know about it already?

I have a wonderful group of collectors who buy lots of stuff. Sometimes someone says ‘I saw your stuff at Spitalfields 10 years ago and I’ve just bought a house and I’m ready to buy something’. The reason I don’t think the gallery thing worked for me is that no one ever came and said they saw my work in one of those galleries and years later wanted to buy a piece. The reason I don’t sell on art portals is the variation of the quality of the work, there is some beautiful work with a philosophy behind it, alongside some very cynically made work that is made solely for the purposes of selling. I have no problem with that but I feel that can devalue my art if it’s on there. 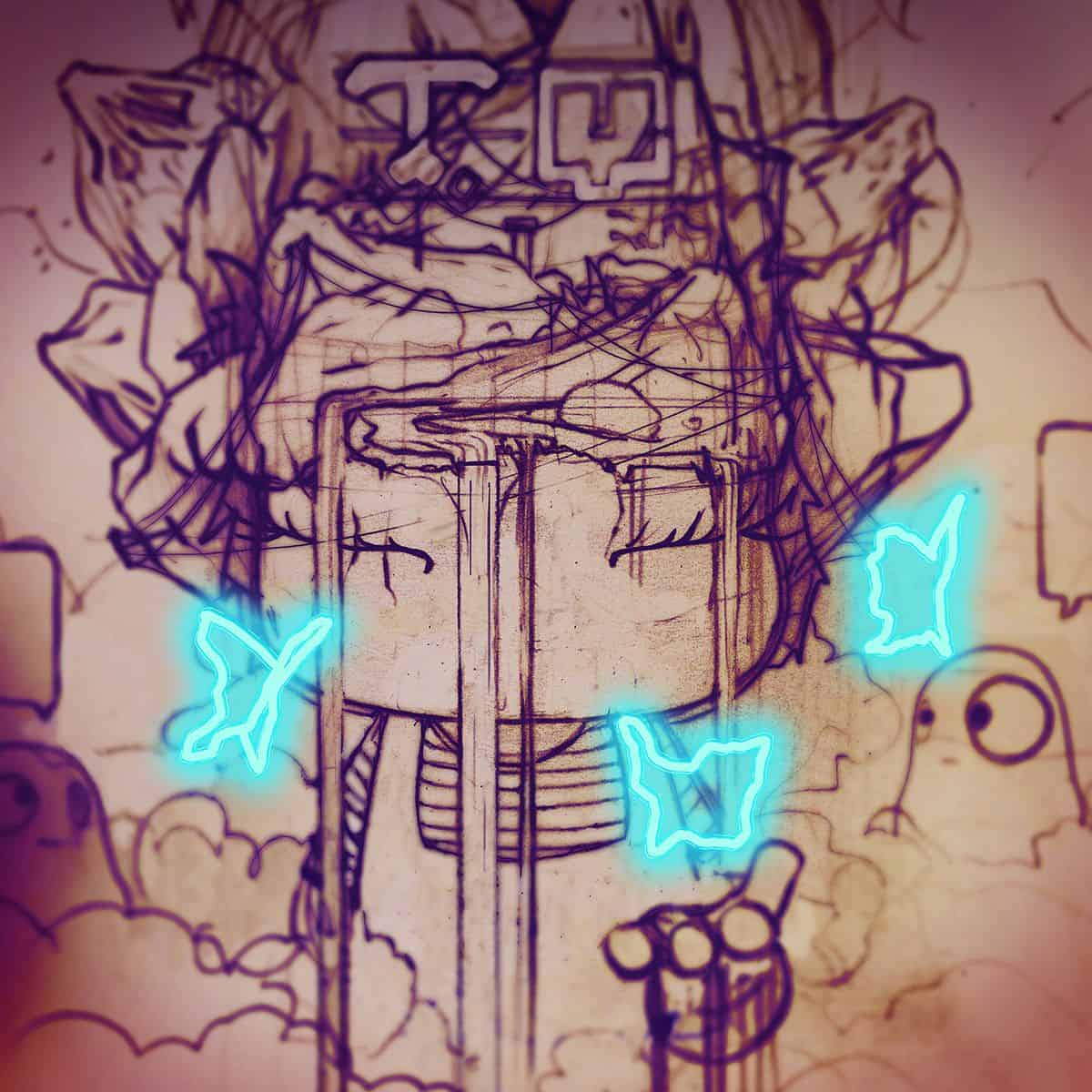 Megan and the Kunyomi Falls

What advice would you give to someone starting out now?

At the high street gallery level the art could come from anywhere, it doesn’t matter who it is made by. It is about selling stuff. There is nothing about the artist. They will try to sell you the idea that the artist is important, but only to the means of trying to sell the work. I don’t think you can mythologise people banging out stormtrooper heads with glitter on from their garden sheds. It’s important for me to let people into the process…I don’t know what part of it is important, the meaning that is attributed to work required to sell it can be incredibly 2-dimensional, but that can be sufficient. I think people should find more meaning in the work they buy.

At a time of huge uncertainty across all sectors, many are trying to understand the ongoing impact of COVID-19 on... 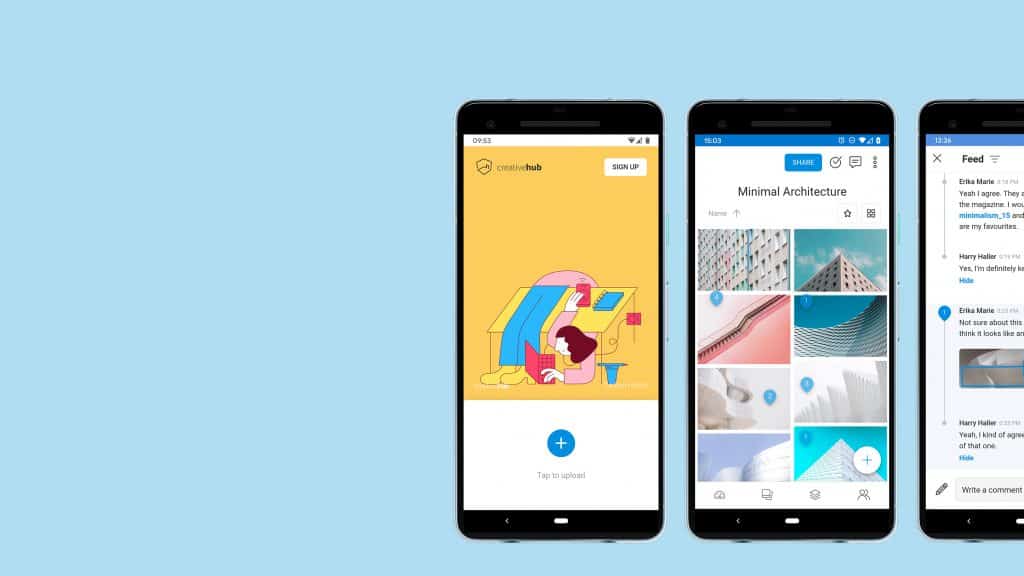 We are offering you the opportunity to invest in our fast-growth cloud software platform. Our cloud software, creativehub, was purpose...

Lola Paprocka / Palm* Lola Paprocka is the founder of Palm Studios, a platform that promotes photographers, produces exhibitions and...